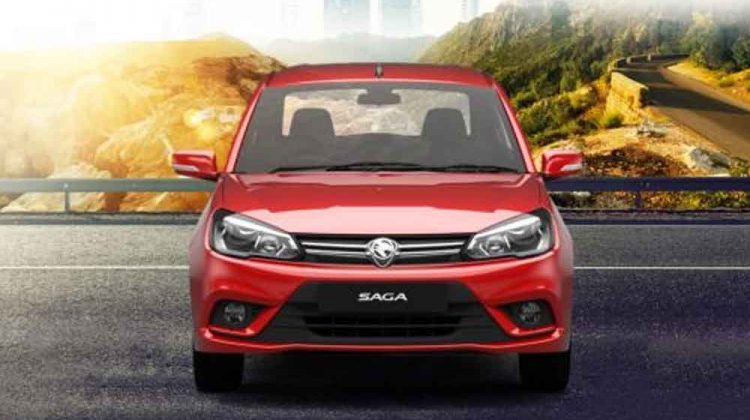 Proton Saga is launching on the 4th of April and will available in the showrooms the very next day. The car is coming in 5 different variants as opposed to four in the international market.

Proton Saga is a much-awaited Malaysian sedan after the crossover X70 by the company was well received by the consumers in Pakistan. Now like the other new entrants launching their sedans, like Hyundai’s Elantra, and Changan’s Alsvin, Proton’s Saga is going to be an additional option for people who had to choose Toyota and Honda before.

According to Pakwheels, the car is launching next month, on the 4th of April. The car was supposed to be launched on the 2nd of April but the speculation of the lockdown owing to the onset of the 3rd wave has led to a change in the date.

Reportedly, the sedan will be hitting the showrooms by April 5.

It is expected that the company will launch five variants of the car in Pakistan. Internationally, however, the car has four variants, i.e., Standard MT, Standard AT, Premium AT, and Limited Edition R3 AT. The first three of these variants will have 1299cc engines, which have been downsized from the original ones in the international markets, to better suit the demand of the country.

The engine produces 96 horsepower and 120 Nm of Torque. The automatic transmission engine will be 4-speed.

The 4th variant, Limited R3 AT would come with a 1332cc engine. SAGA R3 is inspired by the Proton R3, for motorsports lovers. According to earlier reports, R3 comes in a signature R3 yellow for the sporty profile. The tires have 15-inch dark grey rims. The car has sportier graphics such as body stickers and rear emblems.

The price range of Proton SAGA is expected to be between Rs2million and Rs2.5million, meaning that it will be competing with Changan Alsvin, Toyota Yaris and Honda City.

All new Saga variants in the 3rd generation get a rear fog light as standard and Proton lettering inserts for both front and rear lamps. However, it remains to be seen if these same features are available in Pakistani versions.

The car also has remote controlled trunk and adjustable steering.

All versions of the car come with Dual front airbags and an Anti-lock braking system (ABS). However, the premium automatic version has other features for safety.

The Premium version has daytime running lights (DRL) is a safety feature that can help make it easier for others to see the front of your vehicle during the day. It also comes equipped with Stability Control, Traction control, Front Parking Sensors, and Reverse Camera.

The SAGA comes with a 7-inch touchscreen. However, further details will be revealed once the car is on the market.

Even though further features will be revealed after the Proton Saga launch in Pakistan, the car sure is a great option for Pakistanis who want more options with better offers.